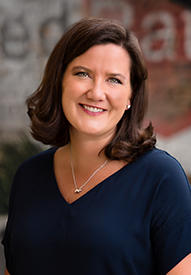 Allyson Kreycik entered the mortgage industry almost 20 years ago as a way to combine her financial expertise and passion for helping people. Throughout her years as a senior loan officer, Allyson has consistently been ranked among the top loan officers in the country. In 2020, Allyson and her team were able to close over 700 loans and fund nearly $350 million in volume. She was most recently ranked #21 in the country in The Scotman Guide’s “Top 200 Female Originators” in 2019. She has been a member of Guaranteed Rate’s President’s Club since 2012 and joined the elite Chairman’s Circle in 2015, joining the highest producing loan originators at the company by funding over $100 million per year in loan volume. Aside from her impressive loan origination and success in her career, Allyson is proud to serve on the executive board for the Guaranteed Rate Foundation. Since 2012, the Guaranteed Rate Foundation has donated nearly $2,500,000 to those in crisis and in 2018 alone, $276,000 was donated to Domestic Violence Survivors. Allyson was the first ever recipient of the Guaranteed Foundation Award in 2019 and feels extremely honored to be on a leadership role of this organization. Allyson is originally from South Dakota and received her degree in business administration from the University of Nebraska – Lincoln. She is a Midwest girl who is thankful to have grown up learning the qualities of hard work, honesty and dedication. She lives her life by the golden rule: treat others the way you would like to be treated. After college, Allyson married her husband, Jon, and moved to Boston. She is a mother to three children, Kate, Molly, and Jonny. Allyson works hard at everything she does but her favorite job is being a Mom 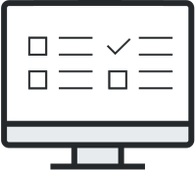 What people are saying
"With the building process of the new house, they were very accommodating with the push backs on the closing"
Steven K. - Saugus MA | Apr 2022
"I've always gotten tremendous service"
Dana S. - Cambridge MA | Apr 2022
"Absolutely amazing to work with !"
Donald P. - Wilmington MA | Mar 2022
"Very easy and helpful staff"
Carol C. - Boston MA | Mar 2022
"They are great. I worked with them on the first loan and had a good experience with Allyson's team"
Jeanne F. - Arlington MA | Mar 2022
Read more