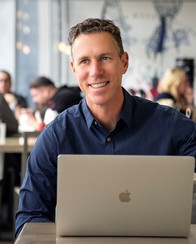 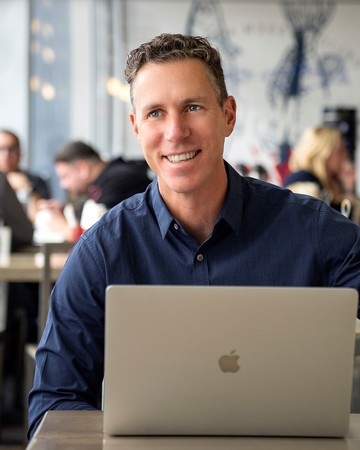 Brian grew up in South Florida. Before fully devoting his life to mortgage lending, he dabbled in a whole host of professional endeavors. In his 20’s Brian guided deep sea fishing trips and also worked for a company which provided tourists with diving excursions all over the Florida Keys. He spent his free time chasing live music and adrenaline highs on motorcycles and fast boats. (And still does!) In 1998 Brian got licensed as a Mortgage Lender and began learning the ropes in Boca Raton, Florida. During this time he also got his feet wet as a small business owner and entrepreneur. Brian decided to put his love for live music to work by creating Glitter Glu Productions. He produced and promoted live music events all over the state of Florida for artists such as Yonder Mountain String Band, EOTO, Big Gigantic, and multiple members of The String Cheese Incident. In 2009, he met his now wife, Amber Alfano. In 2012 their personal and professional lives brought them to Colorado where Amber began work on her PHD in Accounting at the University of Colorado Boulder. Brian’s decision to move his referral based business to a state where he only knew a few people was a hard one. Through long hours, dedication, ongoing support from his business partners, and a ton of hard work he is proud to have become one of the Nation’s Top Mortgage Lenders and Boulder’s Most Reviewed Lender. When Brian is not answering his phone and responding to emails around the clock, he is planning world-wide travel, practicing the piano, admiring and riding his many motorcycles, fishing, hiking, running, spending time with his kids, and delighting in his wife’s amazing cooking.

What people are saying
"Working with Brian Manning was very smooth. He made sure no matter what I was understanding everything that was going on before we got off the phone. Always there to answer questions email or text!"
Laressa P. - Boulder CO | Jul 2022
"Great communication throughout. Generally smooth process. Brian Manning was awesome to work with!!"
Samuel W. - Erie CO | Jul 2022
"Brian Manning and his team helped me get a loan to purchase my very first new home in CO. His professionalism and lender knowledge were crucial to assisting me get approved for the loan. I couldn't have asked for a better person/company to help my situation."
Gabrielle B. - Boulder CO | Jul 2022
"They were highly competent, responsive, understood my needs, answered my questions, and made a complex process as simple as possible."
Ann D. - Boulder CO | Jun 2022
"I worked with Guaranteed rate for my last refi and made sense to stick with them for my new purchase"
Craig M. - Broomfield CO | Jun 2022
Read more
A HELOC with a fixed rate you can count on.
Our Home Equity Line of Credit (HELOC) can help you fund home improvements & consolidate debt.
Find my rates