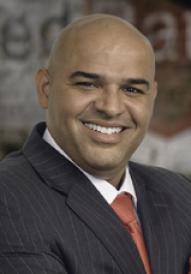 Clifton L. Saunders is a Mortgage Loan Officer with over 14 years of experience in the industry. Zig Ziglar said it best “You can have everything in life you want if you will just help other people get what they want.” Clifton is the epitome of the type of person Zig was referring to. He has built an amazing business by focusing on helping others achieve their dream of homeownership. Primarily working with first-time home buyers, he learned early on that educating the consumer was the key to having happy clients. Those happy clients in turn now continue to refer their family and friends to him. To date, over 2,000 families have become homeowners, largely due his expertise, integrity, and diligence in getting them to the closing table. On his road to success, Clifton Saunders has built an incredible team of loyal, hardworking and ethical people with the same mindset as himself. Educating their clients and getting them to the closing table as efficiently as possible, is always their main priority. Alongside his valued team of experienced professionals, Clifton has accomplished many remarkable achievements within the industry, including, but not limited to recognition: 2018, 2017, 016, 2015, 2014, 2013 #1 Loan Officer for Amcap Mtg/HMG Division (Former Company) 2017, 2016, 2015, 2014 Scotsman Guide Top FHA Originators Nationwide 2015, 2014 Scotsman Guide Top 250 for The Most Closed Loans 2016, 2015, 2014, 2013 #1 SETH 5 Star Lender Award 2014 TDHCA Loan Officer of the Year Award 2013, 2012 SETH MCC Eagle Award

What people are saying
They are a great team to work with and very patient in answering question and making sure that you understand ever mortgage question. No question is a Dumb question.
Angela J. | Sep 2020
The Guaranteed Rate team at this location saved my deal on the HOME of our dreams! Another loan company let me down mid-contract after my offer had already been accepted. Guaranteed Rate swooped in and saved the deal. They were transparent from the start, top notch and very efficient. I would definitely recommend them!
Cassandra M. | Sep 2020
I did not feel like I had any issues during the process and they helped me to understand each step. They kept good communication.
Rendell M. | Aug 2020
They were prompt and explained they process
Teresa G. | Jul 2020
Quick, fast and great response from Maggie.
Jovita T. | Jul 2020
Helpful tools and resources