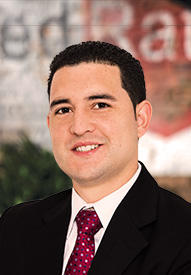 What people are saying
It was so smooth process to finish my home load refinance.
Anand M. | Aug 2020
I like the way that handle the process of my refinancing
Sylvia L. | Aug 2020
Good rates plus responsiveness of team
John C. | Jul 2020
competitive rate offers, value and team responsiveness
Oleksiy F. | Jun 2020
Johan Alvarez was a great support during the process
Maria M. | May 2020
Helpful tools and resources