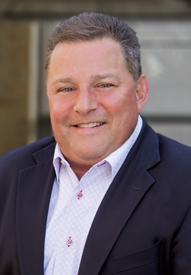 Jon Lamkin has been originating loans for the past 18 years. Recently he was named one of the top 1% mortgage bankers in the country by Mortgage Origination Magazine for the 9th year in a row and he has been highlighted in the Scotsman Guide as one of the Top 200 originators in the country for three years running. The last 3 years Jon’s team has funded over $300Million in loans and 2019 they are on track to have another record year. Jon’s attention to detail and ability to get his clients to the closing table on time is what separates him from the competition. And that’s why homeowners, realtors, attorneys, financial planners and CPAs turn to him to come through in the clutch when the stakes are high. Jon’s management style and networking skills have established an unparalleled network of relationships which have allowed his business to grow each year. He is constantly looking for new programs that his clients can utilize to help them achieve both their long term and short-term financial goals. He resides in Short Hills, New Jersey with his wife Michelle & 3 daughters. In his spare time, he loves coaching & watching his daughters compete in Soccer, basketball and Lacrosse and when time permits sneaking in a few rounds of golf.