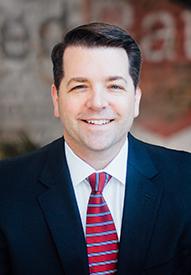 Twenty years ago, Marc Aymard never imagined working behind a desk. He was at his dream job - the youngest pilot flying 737’s for a major US airline. By the end of 2003, Marc received what he thought was bad news – a job furlough due to a worldwide contraction in the airline industry. With his first daughter months from arriving he turned to a new industry – mortgage banking. At first it was just a job, a temporary bridge back to flying. As he learned the industry, he realized there was a great opportunity to make a meaningful difference in the lives of his clients during an important and often stressful milestone – purchasing their home. Coming from an industry that demanded perfection, Marc was quickly able to separate himself from his competitors. Marc’s clients appreciated his attention to detail and proactive approach that made the mortgage financing process easier than previously experienced. What was once a temporary job became a successful career fueled by referrals from real estate professionals and past clients who valued his advice and counsel. Marc has earned top awards from PNC Bank, Bank of America and First Home Mortgage during his career. In 2013, Mortgage Executive Magazine listed him in the top 1% of loan officers nationwide and he has received the same accolades every year since. He engages homebuyers personally, answering questions and providing objective advice so they can make confident, well informed decisions. Marc still loves aviation and lives in Northern Virginia with his wife and three daughters.

What people are saying
"Got the good interest rate and closed out within 4 weeks"
Nhung N. - Leesburg VA | Oct 2021
"Explanations, both verbal and written, were clear. Communication was always timely and professional. I felt like Marc and his team would go above and beyond to make sure I understood what was happening and when."
Carol E. - Arlington VA | Oct 2021
"Everyone was super helpful and responsive to all my questions."
Sheryl G. - Leesburg VA | Oct 2021
"Marc Aymard made the process of acquiring a mortgage relatively pain free. He was very helpful and provided a lot of transparency into the process."
David I. - Tysons VA | Sep 2021
"Marc and his team were so helpful! I was so pleased with their work."
Lauren F. - Leesburg VA | Sep 2021
Read more