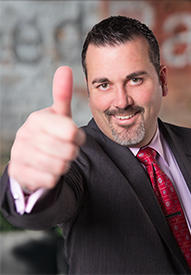 WHO AM I? FUN FACT: As one of America’s leading mortgage bankers Steve Currington has closed thousands of loans since beginning his career in 2005. Born in Lincoln, NE he moved to Houston Texas because his father Dennis took a job there. Just before his middle school years Steve and his family moved to Sand Springs, OK. During middle school and high school Steve became interested in golf. He started his first business in 8th grade selling golf balls on the Sand Springs Municipal Golf Course. After high school Steve attended Tulsa Junior College, but after the second day decided college was not for him and got started on his career. In his early 20’s Steve was a top producing debt collector before entering the mortgage business in 2005. With the realization that the he could help himself achieve his own goals while helping families to achieve their goal of homeownership his magnificent obsession has become closing as many loans as possible. As the father of 2 kids, Steve takes pride in being the best father he can possibly be. Having been married since 2001 Steve and his wife Sally’s children are Ethan and Emma. Ethan recently joined the Navy and is stationed in Japan and the family could not be more proud. Closing quickly and efficiently is Steve's specialty.

What people are saying
"Everyone I interacted with was friendly, knowledgable and prompt. At the end of the day I felt like I went through an efficient process and received a good deal."
Darian T. | Dec 2020
"Very easy process and communication"
Tadd S. | Nov 2020
"They were very thorough, answered all my questions and was by my side every step of the way."
Whitney E. | Oct 2020
"They made everything easy, comprehensible, and quick."
Carson G. | Oct 2020
"Super helpful, kind and always available to answer questions."
Collin G. | Oct 2020
Helpful tools and resources